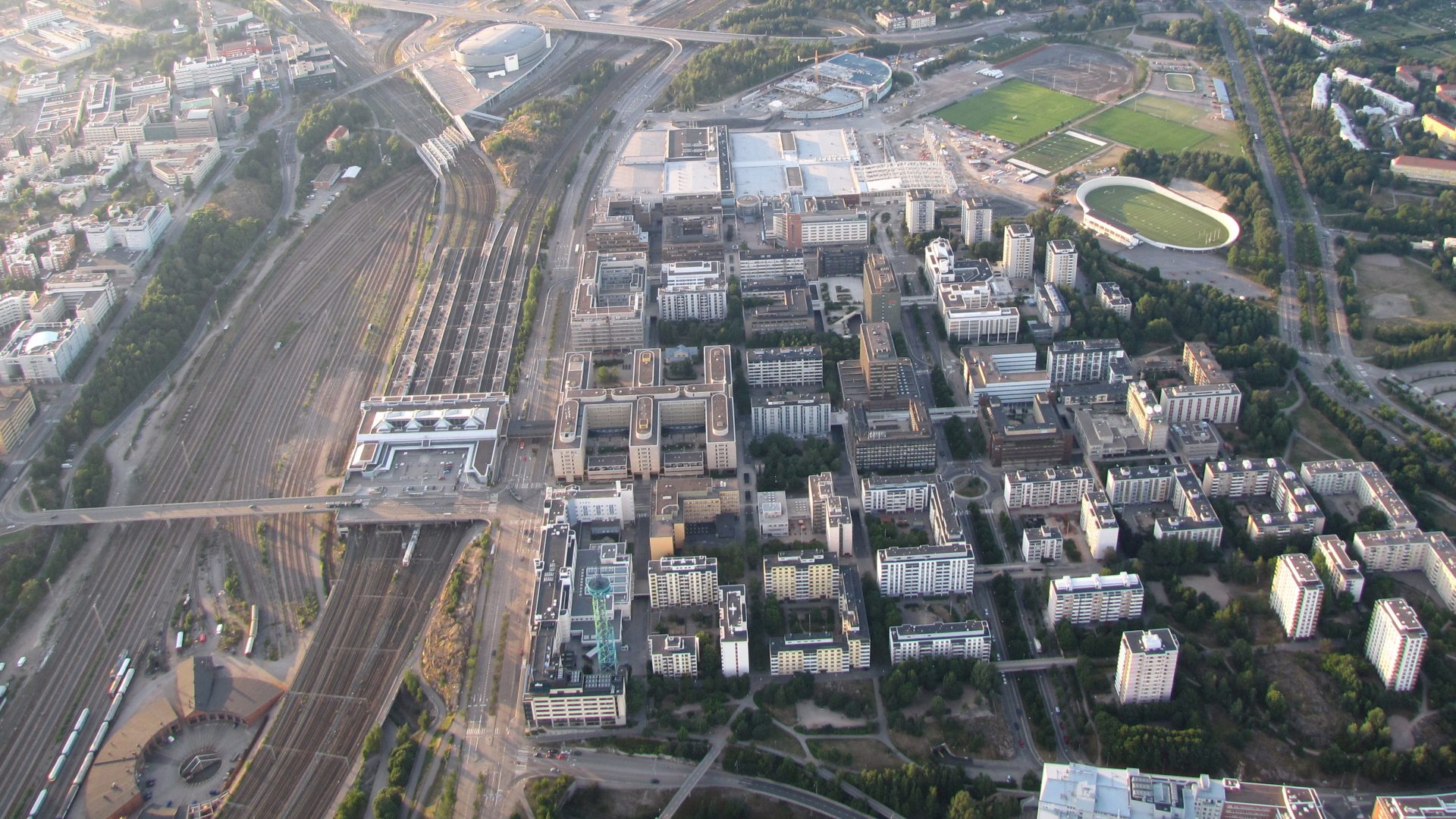 Central Pasila is undergoing major changes. Its cityscape is changing from an old railway yard to a vibrant city centre filled with services, office space and diverse living opportunities. Pasila is also an important hub for rail and bus transportation, as well as urban cycling. It’s a place where the urban functions and people mix.

In the planning process of the Helsinki-Tallinn rail tunnel, Pasila has been proposed as the terminal station for the envisioned tunnel connection. As a growing multi-functional neighbourhood with great public transportation connections, and a location of only three kilometres away from Helsinki city centre, Pasila seems ideal. Central Pasila will provide 13,000 jobs and 5,000 residents by 2040. When the surrounding parts of Pasila are included, Pasila will provide accommodation for around 50,000 workers and residences for around 25,000 people in the future. Approximately five years from now, the construction of the most vital part of Central Pasila, an urban shopping centre called Tripla, will be completed. In addition to the shopping centre, the central complex will include office and congress space, a hotel, apartments and extensive urban space for pedestrians and bicycle routes. The existing railway station will also be renovated.

The ‘Mall of Tripla’ will be supported and complimented by the development of the surrounding neighbourhoods. The northern side of Tripla is to be transformed into a dense, cosy and green ‘Railway yard blocks’ area, while the southside will see high-rise buildings. The planning process regarding Central Pasila has emphasised and focused on the future needs and challenges facing Helsinki. The urban diversity and new centrality facing Pasila are integrated in the detailed plans and can be seen in the flexibility and multi-functionality of the created space.

Central Pasila is ready and able to cater for the large people and traffic streams the Helsinki-Tallinn tunnel connection might generate in the future. Recent and upcoming transportation projects in Helsinki and its proximity will further increase Pasila’s connectivity to the surrounding metropolitan area. There will be a public transport terminal right in front of Tripla, alongside an increase in the railway capacity. Helsinki-Vantaa airport is within easy reach of the brand-new Ring Rail Line, and a new underground railway project called the City Rail Loop will build a strong connection between Pasila and the central old town in the future. Tripla will also get a metro tunnel that will support the possible expansion of Helsinki’s current metro network.

Increased people flows may bring about the need to reinforce and broaden services within the area in the future, and the new neighbourhoods will undergo constant change and growth even when completed. Pasila is the transfer station that connects people to services, work, home and a range of leisure-time activities. Pasila is vibrant, creative and diverse. A tunnel between Helsinki and Tallinn would further connect the two cities by boosting the movement and economy they share, not to mention the increased human interaction it would create.